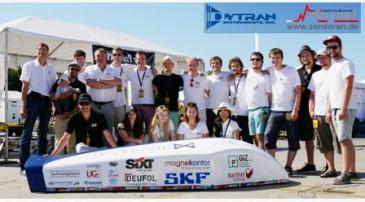 This Summer, Dytran and our partners in Germany, disynet GmbH, sponsored students of the Oldenburg and Emden/Leer University in the Hyperloop Pod Competition II hosted by SpaceX.
For the past two years, SpaceX founder Elon Musk has been working on the Hyperloop, a high-speed underground pod transportation system. This competition was created to accelerate the development of a functional pod prototype and to encourage student innovation. University teams were tasked with designing and building a pod capable of transporting people at extremely high speeds. The challenge was to use magnets to accelerate a pod in a vacuum tube to speeds of more than 1200 kmph, followed by a controlled slow down.
Teams from around the world came together between the 25th and 27th of August 2017 to test their individual pod designs. Students of the Oldenburg and Emden/Leer University took part in the competition with their prototype named HyperPodX. Although the team narrowly missed qualifying for finals, they did win the prestigious innovation prize!
The Hyperloop concept could be an environmentally attractive alternative to existing short-haul flights. The underground tubes would be able to withstand extreme weather conditions and earthquakes. Since this system would be extremely low noise, it would prevent the typical noise nuisance for local residents. One of the goals is to develop a system that covers the required energy using photovoltaic cells mounted on the Pipeline.
Dytran is excited to have contributed to this competition by donating 7556A 6DOF motion sensors and corresponding cables. We extend a special thanks to our partner disynet GmbH! Dytran is proud to have taken part of the HyperPodX project with sensors and cables that met the challenging requirements. 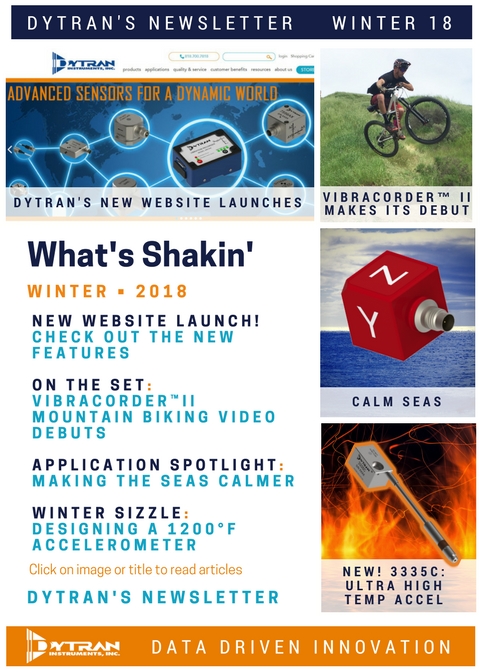 Dytran Goes to the Capitol

A Witching Good Ride on the VibraCorder™ II